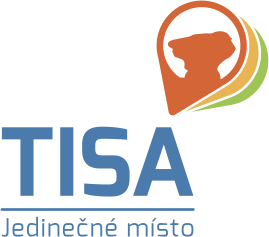 It is a classic cycling family trip into the wonderful nature of Tisá, Sněžník and their surroundings. The roads are paved and without much superelevation. You will ride through high-grown forests, notice their regeneration, and pass by the rock formations of Sněžník mesa. At the border of Bohemia and Saxony you will come to the hunting residence of Thun noble family, Kristin Hrádek (nowadays a restaurant and a hotel). The route will take you to the Wild Lake (Vlčí jezero).

The lake is not natural. In fact it is a former fish pond, Neustallteich, which had its flood gate, removed due to past alterations and which dates back to the 16th century, i.e. the times under the rule of the knights from Bünau. Its former purpose is unknown but the name Neustallteich, which means "a fish pond near the new stable", invites the assumption that its main purpose used to be water retention and cattle watering. Its new name is interpreted in a way, that "vlčí" (wolf) means wild. On the way back there is a noticeable shrine – the Chapel of the Holy Name of Mary, which was built in Art Noveu style by the patriotic society of Count František Thun and his wife in 1910. The chapel was later renovated by the civic association of Přátelé děčínského Sněžníku.

From Tisá via Sněžník to German fish ponds, Cunnersdorf swimming pool and back to Tisá

A pleasant cycling route of medium difficulty (longer, but on your way back from Cunnersdorf to Soví brána border crossing you can expect riding gently uphill). The roads are mostly paved with asphalt or gravel. You will ride through the typical countryside of the Bohemian-Saxon Switzerland, where the well-preserved forests are sometimes interrupted by smaller and later more monumental sandstone rock formations.

You will visit two fish ponds, places full of green and unspoiled nature that invites for pleasant relaxation.

A medium difficulty route on asphalt and gravel paved roads.

The most difficult is riding uphill following the tourist trail through the Dürre Biela valley. It will lead you to Tisá via Rájec village, where you will cross the border to Saxony to Zeisigstein outlook. We recommend varying the path to Ottomühle village by turning off to the mysterious Moorteich moor and to the Grenzplatte outlook.

The forest path will lead you further down the Biela stream valley and by the historical guide-post you will turn to the Dürre Biela valley, a picturesque valley stretching among the sandstone towers, rock slabs and magic pools, which will lead you to the border crossing of Soví brána. Further on there are several possibilities and forest paths that will take you back to Tisá.

From Tisá do the Elbe valley via Königstein, to Pirna, and back by bus

If you want to ride just downhill and through the Elbe valley, this cycling trip is here just for you. From Tisá you will follow the road to Rájec, where you will continue on the forest path across the state border into the Bielatal valley, there you will follow the cycling route up to Königstein - the largest military fortress and castle in Europe. You will continue further down the cycling route called Elberadweg; Kurort Rathen is a small town worth stopping by on the route and it is located under the
world-known bridge of Bastai, where children can also appreciate an interesting model railway.

The cycling route will take you down to the historical town center of Pirna. You can return to Tisá from here by taking a bus (line 217 and line 216)